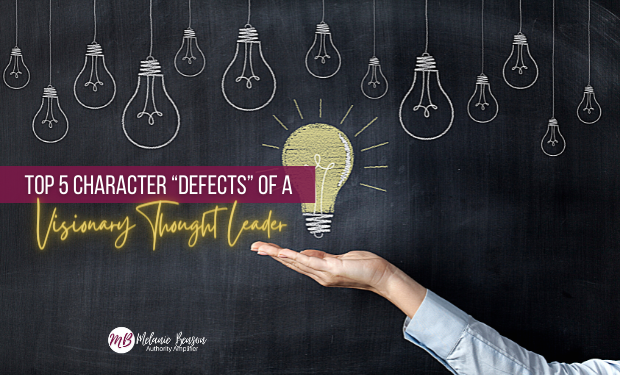 If you are a visionary entrepreneur, thought leader, or a change-maker, chances are you were told many times throughout your life that you had character defects and would never be able to achieve success.  Entrepreneurs often exhibit character traits early on in life that are the OPPOSITE of the people around us. And because they didn’t fit in or were “different” from others, the message was drilled in that there was something wrong.

For many creative geniuses, you ended up thinking that you had defects that made us different from everyone else.

Where parents, teachers or community leaders like to play it safe…visionaries take risks, shake up the norm and  push the boundaries.

Those that were influential in our early years tried to get the entrepreneur to conform to “their reality.” To fit in. To stop doing things that made THEM uncomfortable.  And instead of owning the unique gifts inside, many very talented creatives began to doubt themselves, lose confidence and shrink so they can fit into the safety of life.

What if those “defects” were actually the exact character traits you need to be wildly successful as a thought leader and visionary entrepreneur?

Let’s review. Here are five common “defects” that visionary, creative entrepreneurs and thought leaders have had to embrace as gifts in order to succeed.

Remember that school teacher who caught you day dreaming? Did they write on your report card that “Johnny spends too much time dreaming in class?” At the time, you probably got reprimanded for being not paying attention in class.

As a visionary thought leader, dreams are your golden ticket. A dream becomes your bold vision, a movement that you will spark, a solution that only you can provide the world – the idea of what you could be sparks you into action. If you stop dreaming, you stop creating. Dreams are essential to your success so make them bigger. And, no one ever accomplished anything innovative or bigger than themselves from a place of logic. Let your visions of possibility light your fire!

When I was little, I liked to get all the other kids together for my bake sales and Jerry Lewis telethons. I’d somehow get them excited to play in MY game. As I grew up, I was accused of being bossy more times than I can count. I used to see it as an issue that I somehow had to fix. Now I realize that I was actually being a leader, albeit sometimes unskilled at inspiring action with grace, I knew from an early age how to take charge and influence others to achieve big goals.

As any entrepreneur will tell you, being a leader is actually essential to accomplishing big, impossible dreams. Being bossy can be done with tact, grace and finesse – but if you don’t know how to manage the people who are on your team then you’ll find yourself frustrated in “under-performance.”

Believe it or not, lacking follow through is a key character trait of real visionaries. Your gift is creativity — taking a spark of innovation and turning it into something tangible. Most entrepreneurs who are highly creative don’t find as much joy in the implementation. We want our ideas to be profitable successes but we lack the opposite skills – getting details done.

If you are lucky enough to be good with creativity and details – congratulations! For the rest of us creative geniuses, your character defect requires you to get help. Hire out the jobs that require detail management and your visionary gift will be 100 times more powerful!

When you deal with the world of new possibilities, reality is often the furthest thing from your mind.  Most visionaries seem flighty, irresponsible and even crazy – especially by our more rational, logical and security-oriented counterparts. Interestingly enough, the ability to isolate yourself from reality (like how much money this will cost, how will I get this goal done in time, etc.) is what gives you your power to pursue crazy big goals. When you can stop worrying about HOW you will achieve your dream and you just GO FOR IT, you will often achieve greatness 10 times faster than everyone else.

Patience is a virtue. Yeah, right! Being impatient is not a trait that many of us have learned to embrace. From early childhood we are told that we have to learn how to be patient and wait for what we want. I don’t know about you but being impatient caused me to go get what I wanted. Fast.

Underneath impatience is the ability to pursue big goals and achieve them in record time. We don’t need to wait for someone else to show us the way – we just do it! Sometimes the success happens with a lot of chaos and mess.  Being willing to use impatience as a tool to get things done is invaluable as an entrepreneur so – own it!

It’s time to take all that well intentioned criticism and throw it out! Most of the people who criticize are actually not very happy, don’t know how to create their own dreams and feel threatened by anyone who doesn’t behave the way they’ve been conditioned to operate.

You are unique. Now instead of taking on everyone else’s limiting beliefs, it’s your job to learn how to translate your character into successful, profitable habits! Own what makes you different and learn to leverage it so you can achieve your biggest dreams!

If you are a visionary thought leader, learn how to harness your strengths!

Discover how to transform your wisdom into wealth as a Highly Paid Authority. 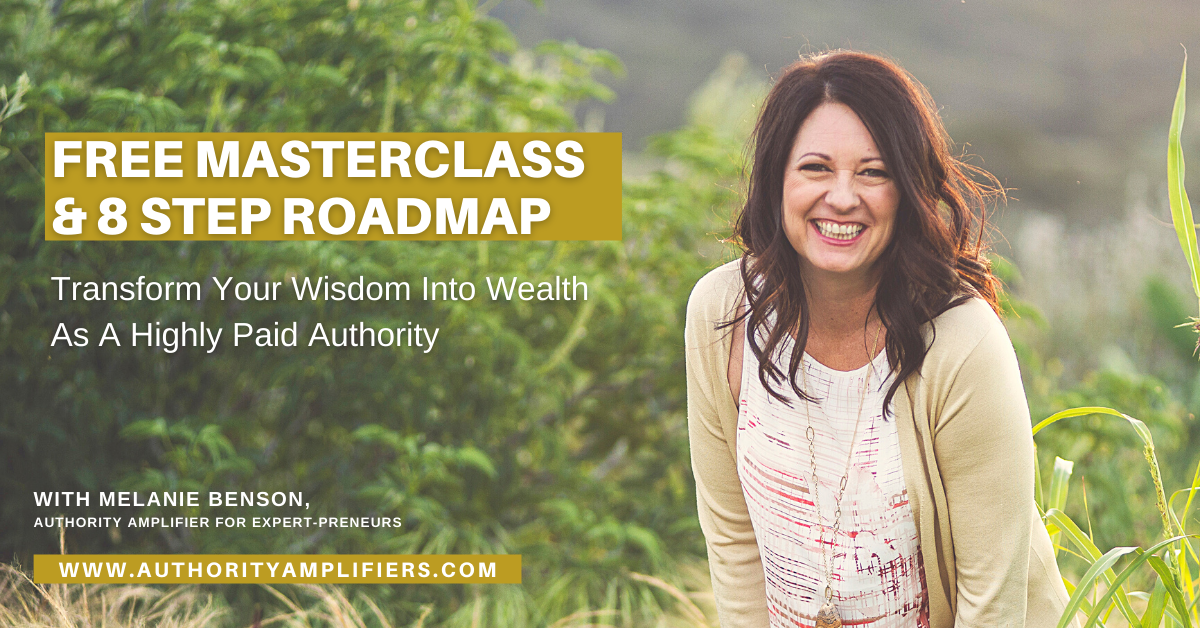