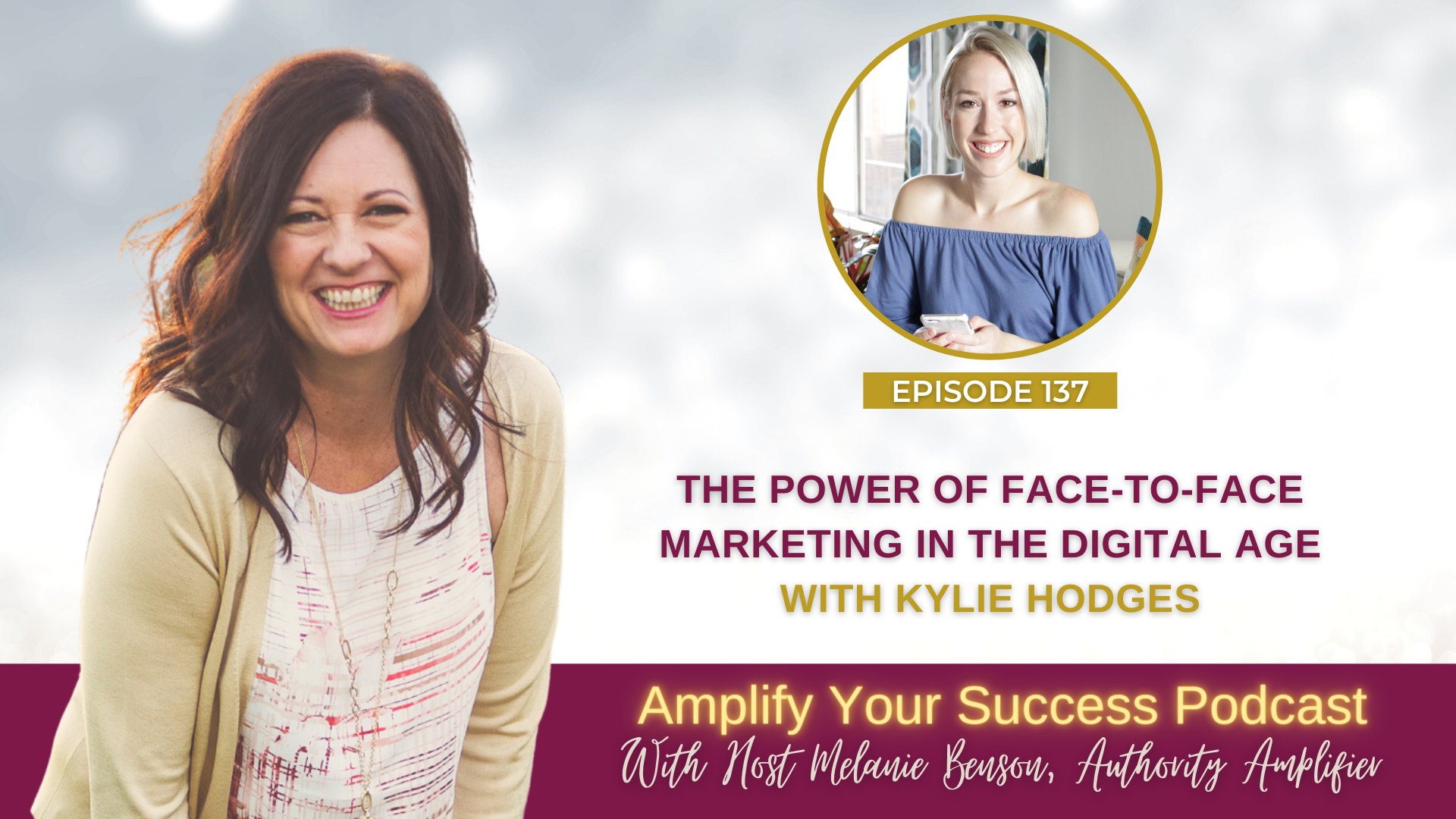 In the rise of social media and digital technology, have you cut back on in person networking?

If you have, or you simply haven’t prioritized heading out to some local events, or your efforts have felt in vain, then you may want a refresher on the value of real, face-to-face networking.

My guest on episode 137 of Amplify Your Success is your Networking Wing-Woman, Kylie Hodges, who believes that nothing can replace the connections made when you meet people live and in-person. Tune in as Kylie shares some practical tips to turn your in-person networking into a goldmine of leads and potential!

Be sure to join the conversation in the Amplify Your Authority Community and share your input there too.

0.75x
1x
1.25x
1.5x
2x
0:00
...
Apple PodcastsGoogle PodcastsPlayer EmbedShare Leave a ReviewListen in a New WindowDownloadSoundCloudStitcherSubscribe on AndroidSubscribe via RSSSpotifyiHeart RadioYouTube
Get My 7 Step Proven Framework
So You Can Get Booked as a Guest Expert on the Hottest Stages & Podcasts to Attract High Ticket Clients (And Add Another 6 Figures To Your Business!)
Powered by the Simple Podcast Press Player

Kylie Hodges is the CEO of the Wingwoman Collective, helping service-based entrepreneurs who are sick of not having enough clients or bandwidth, hiding from opportunities to show up and speak out, and feel frustrated that their mission isn’t getting heard above the noise. Working with her, she’ll transform your inconsistent income & release relying on referrals to create engaging talking points and a clear game plan so that you can stop hiding and start leading a business that thrives and share your mission so you can change the world.

Through targeted networking or consulting, Kylie is the ultimate connector for businesses and individuals alike. Prior to entrepreneurship, she honed her spokesperson skills leading the Sales & Marketing team for a community-building tech startup, working the red carpet as an Entertainment Journalist and hit Television Producer, and as the Spokesperson and Driver of the famous Oscar Mayer Wienermobile: where it all began.