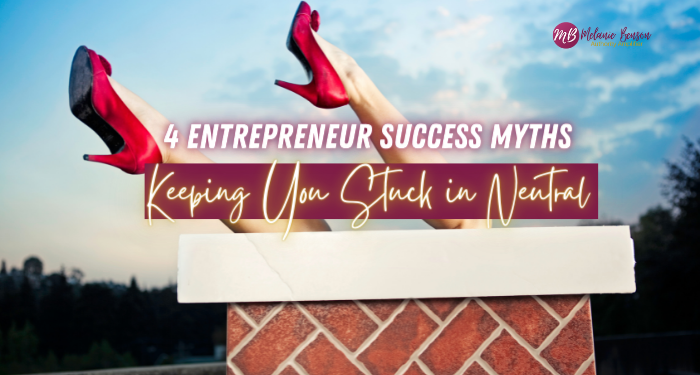 Success myths often do more damage than good. Sure they may inspire you in the beginning, but eventually that myth will take you off course. Scroll through your Instagram or Facebook feed and you’ll find thousands of memes and quotes telling you how to be more successful. Sit in a workshop or listen in to the big name guru’s and often you’ll hear how they built their multi-million dollar business.

Sometimes, what you read and see is the myth, not the reality.

It’s the version the mentor wants you to see. The idea they are trying to teach. The strategies that they sell. That’s how success myths get created. Then, the willing entrepreneur tries to replicate that success strategy, only to discover its not working for them. It is not because they aren’t capable. Nor is it because they don’t have the same money resources or the right marketing mindset. Its simply because it’s a myth.

In my experience, there’s four myths that are perpetuated over and over again that rarely work to actually increase income. These myths generate confusion and doubt about a business owner’s ability to achieve a high six or seven figure income. A myth is just a story that was repeated enough times that people believe it. It doesn’t mean its bad (I mean it did work for someone at some point) but a success myth usually doesn’t work for the majority of people.

Let’s look at four of the most common success myths I’ve encountered:

Myth #1: Creating more stuff is the key to increasing income.

Beyonce and Gene Simmons might make it look easy. But creating more stuff as a strategy to exponentially increase income works against mere mortal entrepreneurs. Think about this: you create more offerings and now you’ve got to invest more time and money on marketing, selling and delivering it to market. If you value your sleep (which I hope you do) then creating more products and creating more businesses is not always the way to increase income. Often what really happens is you leap to the next project before the last one every makes any real money.

Focus on identifying key offerings are and having strategies to increase the market penetration to increase reach while figuring out how to make it more profitable. Creating more stuff is a bit of an addiction – as usually it’s the most fun. But it is where you lose profitability.

It doesn’t. It actually derails you from more success.

Busy is not the same as productive. Being busy all the time will not make you more successful but investing your time into your highest payoff activities will. Don’t be seduced into doing more just to give yourself the illusion that you are more successful. Being busy is overwhelming, exhausting and actually drains your creativity.

Figure out what works, and what doesn’t, then do more of what works!

Myth #3: Doing it yourself is the best way to control costs.

Sure, that might be true, but you can’t grow if you do it all alone. If you are in business for the long-term, you’ve got to spend at least 80% of your time in your zone of genius. When you do everything to grow your business (and face it, you don’t love doing all of it) it’s easy to get burned out and overwhelmed. Not to mention you can only grow as fast as YOU can personally do each task. That’s not fast growth.

When you delegate for profit, you’ll be able to accelerate your growth while spending more time doing what you are best at! Everyone benefits from getting the energy drains off their plate, not to mention what can happen when you collaborate with others who think differently than you do.

Myth #4: Push through the resistance and do it anyway.

I really hate this myth. Its the fastest way to end up in a business you don’t enjoy. Pushing is a short term strategy to get over a hump. It’s not a long-term success strategy. Long-term pushing and forcing yourself to work more hours will burn you out. Every event I attend with high-achievers who have been in business awhile ends up with me in a conversation with someone who pushed too long, got sick and eventually had to redesign their business to support their lifestyle needs.

Resistance is a clue that something isn’t aligned. It could be your intuition saying this isn’t really the right direction. Or this is not the right project. Or, it could be your limiting beliefs and fears trying to take the reins. Whatever resistance you are feeling I encourage you to explore it and find your resolve by reconnecting to your bold vision.

You may have discovered other success myths along the way. Feel free to share them in the comments below. Or join us in my complimentary FB Group, Amplify Your Authority.

But if you really want to move the needle, then let me show you what works. My tried and true, proven framework for adding 6 – 7 figures to your business each year. Want it? Download the PDF here. 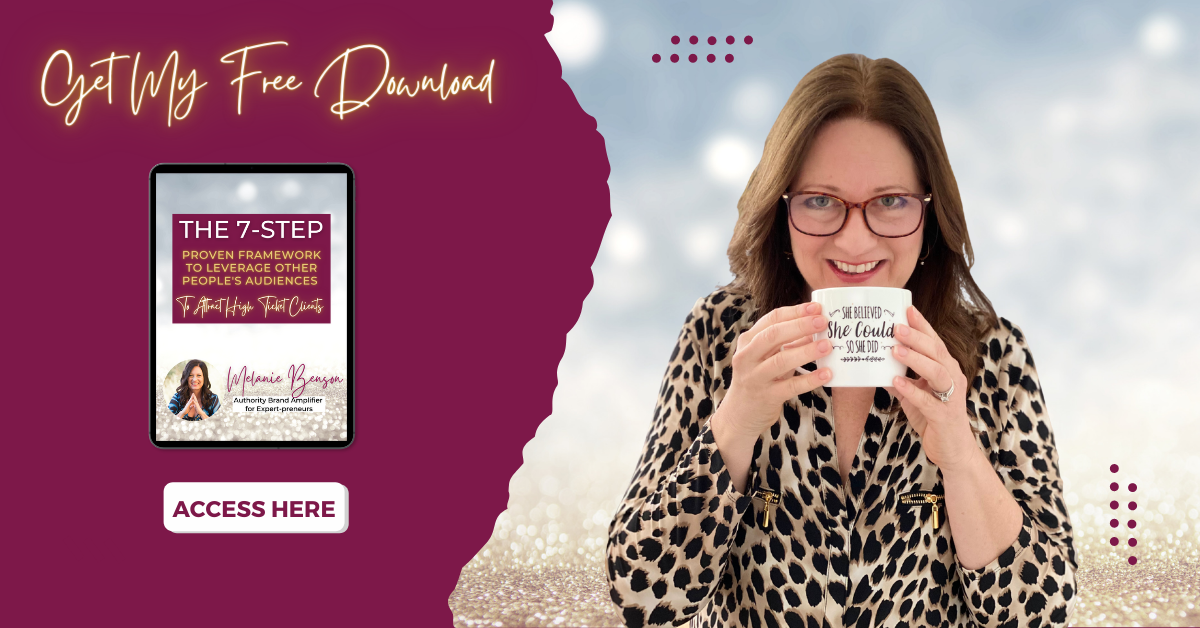